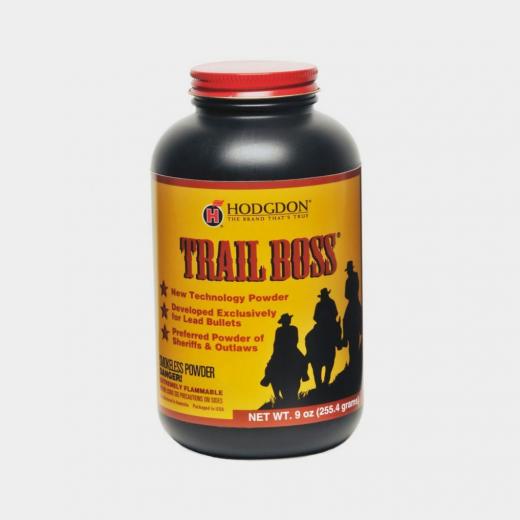 More about this powder:

Trail Boss was designed specifically for low-velocity lead bullets suitable for Cowboy Action shooting.
It is primarily a pistol powder but has some application in rifles.
Trail Boss is based on new technology that allows very-high loading density, good flow through powder measures, stability in severe temperature variation, and, most importantly, additional safety to the handloader.