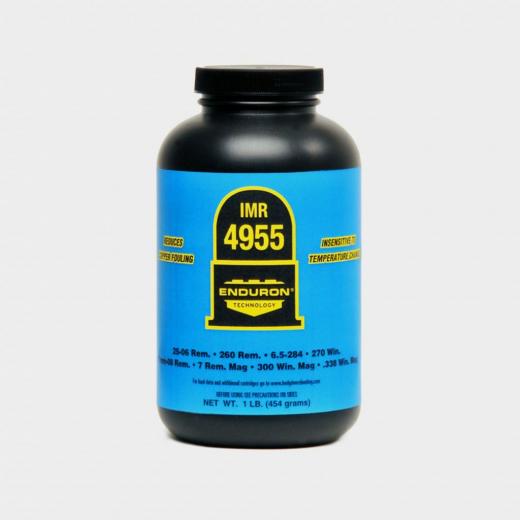 More about this powder:IMR Enduron 4955 is a versatile, match-grade propellant with a mid-range burn speed that is in between IMR4451 and IMR7977. It is an extruded powder and provides top performance for big game cartridges like 25-06, 270 Winchester, 280 Remington and 300 Win Mag, among other cartridges. The main features of the Enduron series are copper fouling eliminator, insensitivity to temperature changes, ideal loading density and being environmentally friendly. This propellant performs comparably to Hodgdon H4831 but charge weights are materially different.