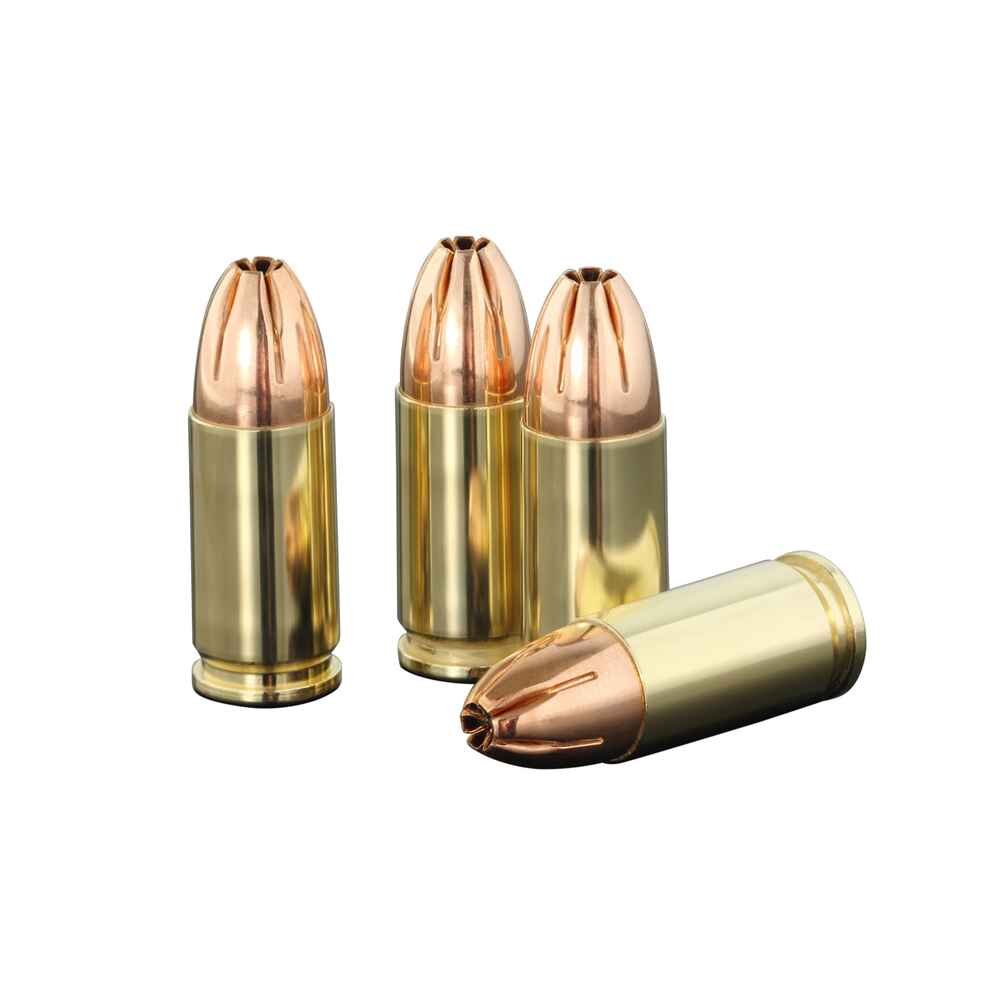 Characteristics of caliber 9 mm Luger (9 mm Parabellum, 9 x 19 mm) and comprehensive load data for cartridges in this caliber.
Product number: CID_1219
Product information "9 mm Luger (9 mm Parabellum, 9 x 19 mm)"
The 9×19 mm Parabellum, 9 mm Parabellum, or 9 mm Luger is a firearms cartridge that was designed by Georg Luger and introduced in 1902 by the German weapons manufacturer Deutsche Waffen- und Munitionsfabriken (DWM) (German Weapons and Munitions Factory) for its Luger semi-automatic pistol. For this reason, it is designated as the 9 mm Luger by the Sporting Arms and Ammunition Manufacturers' Institute (SAAMI), and the 9 mm Luger by the Commission Internationale Permanente pour l'Epreuve des Armes à Feu Portatives (CIP).The name Parabellum is derived from the Latin motto of DWM, Si vis pacem, para bellum ("If you seek peace, prepare for war").
Under STANAG 4090, it is a standard cartridge for NATO forces as well as many non-NATO countries.
According to the 2014 edition of Cartridges of the World, the 9×19 mm Parabellum is "the world's most popular and widely used military handgun and submachine gun cartridge." In 2007, Newsweek claimed that "about 60 percent of the firearms in use by police are 9 mms" and credited 9×19 mm Parabellum pistol sales with making semiautomatic pistols more popular than revolvers. The popularity of this cartridge can be attributed to the widely held conviction that it is effective in police and self-defense use. Its low cost and wide availability contribute to the caliber's continuing popularity.