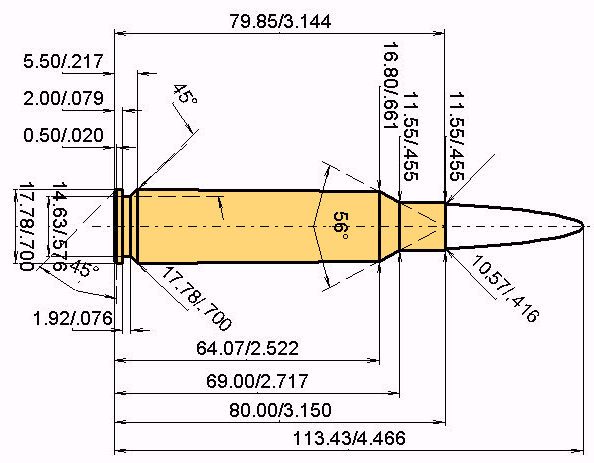 Technical Specifications(based on the respective safety standard - see more details in tab "Datasheet" if available)
Wildcat
Wildcat stands for a wildcat cartridge which is a custom cartridge for which ammunition and/or firearms are not mass-produced. These cartridges are often created in order to optimize a certain performance characteristic (such as the power, size or efficiency) of an existing commercial cartridge.
Developing and using wildcat cartridges does not generally serve a purpose in military or law enforcement; it is more a hobby for serious shooting, hunting, gunsmithing and handloading enthusiasts, particularly in the United States. There are potentially endless varieties of wildcat cartridge: one source of gunsmithing equipment has a library of over 6,000 different wildcat cartridges for which they produce equipment such as chamber reamers.