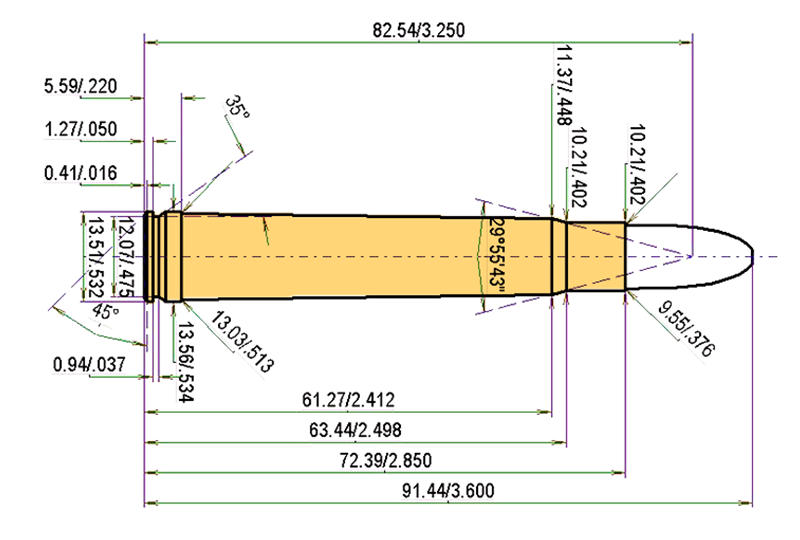 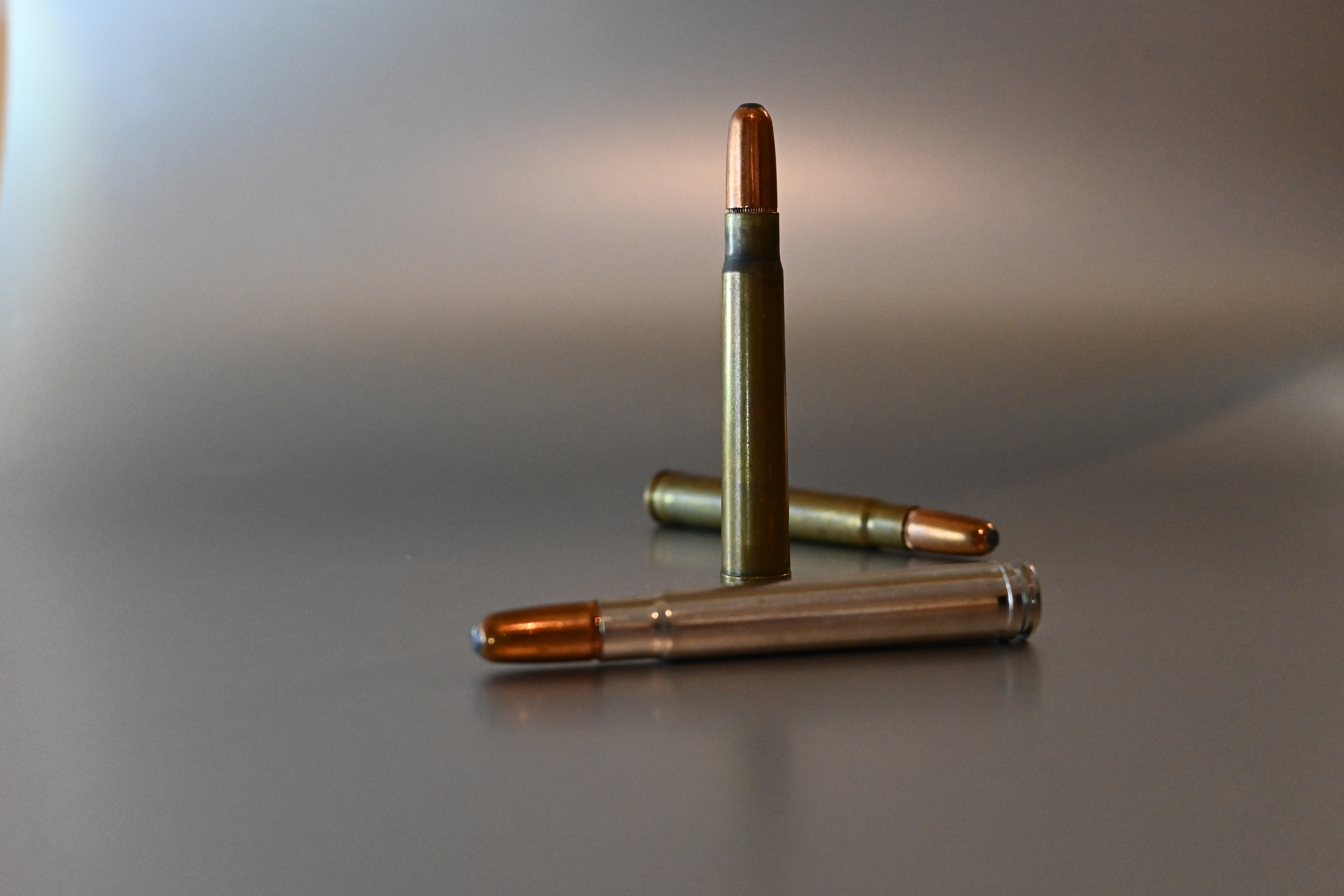 Characteristics of caliber .375 H.& H. Mag. and comprehensive load data for cartridges in this caliber.
Product number: CID_543
Product information ".375 H&H Mag."
The .375 H&H Magnum also known as .375 Holland & Holland Magnum is a medium-bore rifle cartridge introduced in 1912 by London based gunmaker Holland & Holland. The .375 H&H cartridge featured a belt to ensure the correct headspace, which otherwise might be unreliable, given the narrow shoulder of the cartridge case. The cartridge was designed to use cordite which was made in long strands – hence the tapered shape of the case, which, as a beneficial side effect also helped in smooth chambering and extraction from a rifle's breech.
The .375 H&H often is cited as one of the most useful all-round rifle cartridges, especially in shooting large and dangerous game.[5] With bullet weights ranging from 270 grains (17 g) to 350 grains (23 g), it has the necessary punch for small to medium game, as well as large, thick-skinned dangerous game. The most common bullet weight available in this caliber is 300 grains (19 g). In many regions with thick-skinned dangerous game animals, the .375 H&H is seen as the minimum acceptable caliber, and in many places (primarily in Africa) it is now the legal minimum for hunting such game. African game guides, professional hunters, and dangerous game cullers have repeatedly voted the .375 H&H as their clear preference for an all-round caliber if they could have only one rifle. Alaskan game guides have expressed a similar preference for brown bear and polar bear country.
Unlike many other calibers, .375 H&H Magnum rifles achieve nearly the same point of impact over a wide range of bullet weights at all commonly used distances. This simplifies a hunter's choice in selecting different bullet weights, based upon the game hunted, by requiring fewer scope or sight adjustments, which further serves to popularize the .375 H&H Magnum among professional hunters.[